Click here for a list of items carried at Runnings that are affected by changes with the Veterinary Feed Directive.

Drugs Transitioning from Over-the-Counter (OTC) to Veterinary Feed Directive (VFD) Status
Upon completion of their voluntary transition from OTC to VFD, all feed uses of the following drugs, alone and in a combination, will require a VFD as of January 1, 2017, except in cases where a sponsor chooses to voluntarily withdraw the drug application:

Note: apramycin, erythromycin, neomycin (alone), oleandomycin+, sulfamerazine, and sulfaquinoxaline are also approved for use in feed and are expected to transition to VFD status, but are not marketed at this time. If they return to the market after January 1, 2017, they will require a VFD.
$Type A medicated articles used to manufacture medicated feed, all products may not be marketed at
this time
*Fixed-ratio, combination drug
+Currently only approved for production uses

This information is up-to-date as of August 8, 2016. As the industry transitions, CVM anticipates additional changes during the coming months to this information. Please check the link below for the most recent updates: http://www.fda.gov/AnimalVeterinary/DevelopmentApprovalProcess/ucm071807.htm

The Food and Drug Administration (FDA) is amending its animal drug regulations regarding veterinary feed directive (VFD) drugs. FDA's current VFD regulation established requirements relating to the distribution and use of VFD drugs and animal feeds containing such drugs. This amendment is intended to improve the efficiency of FDA's VFD program while protecting human and animal health.

As a result of this amendment, many drugs that are currently considered over the counter (OTC) will require a VFD, effective January 1, 2017; likewise any drug that currently requires a VFD will continue in that status of requiring a VFD. A list of all of the effected drugs is attached (FDA drug table).

If you intend to feed an animal feed containing a VFD drug or a combination VFD drug, you must:

More information on manufacturing and distributing VFD feeds as well as any of this information and more can be found online by visiting the FDA’s website at: http://www.fda.gov/AnimalVeterinary/DevelopmentApprovalProcess/ucm071807.htm

You can also refer to the FDA brochure attached with this letter for more producer information on VFD’s. 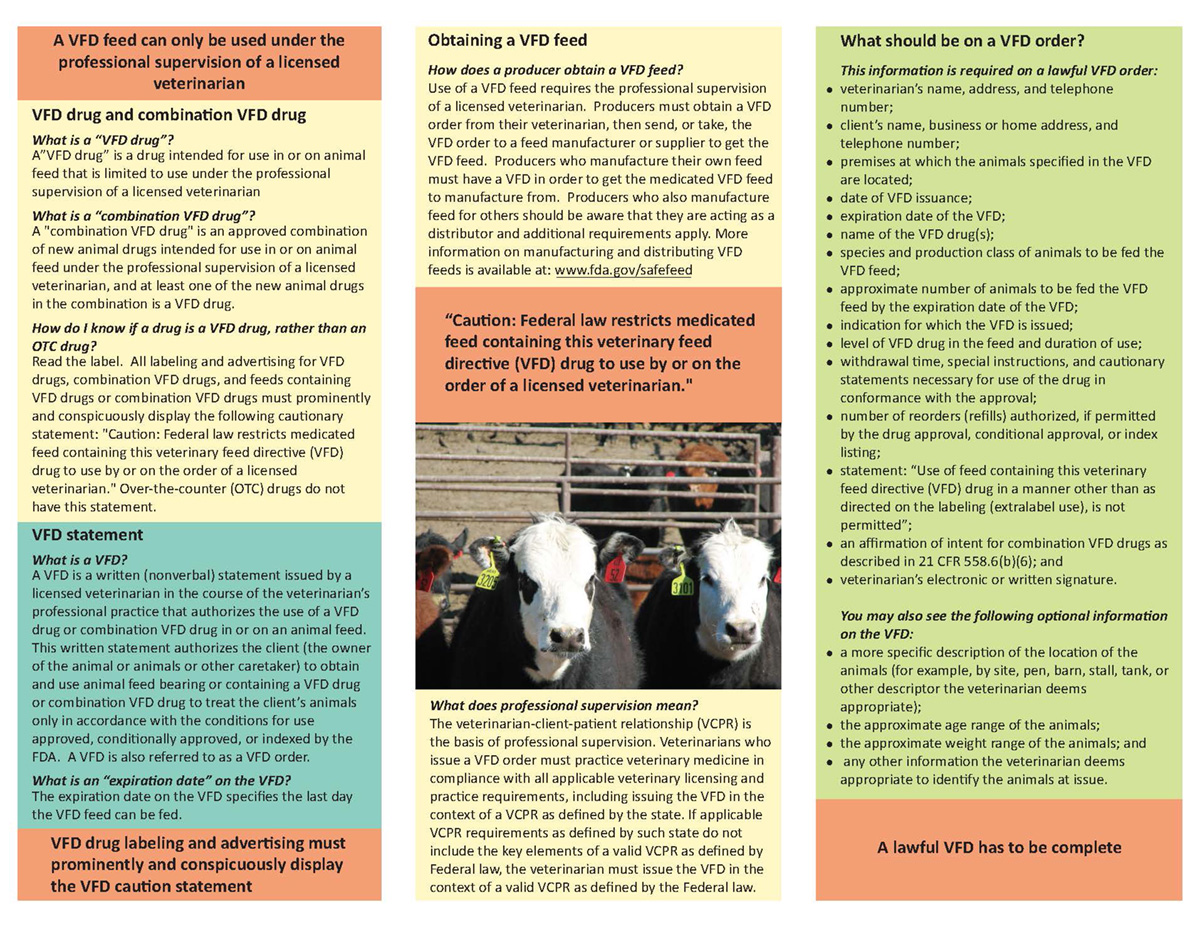 Below is a list of items carried at Runnings that are affected.

Effective January 1, 2017 these items will require a VFD to purchase and will only be available for purchase in-store:

Due to the following items moving to prescription only, these items will no longer be available at Runnings after December 31, 2016: